Now that LEGO has decided to increase the scale of the LEGO Minecraft line from Micro to Minifig size, and so are asking fans for help, I couldn't resist putting together something.

These following concepts, illustrates how I would like to see a larger scale LEGO Minecraft line.

Without no further ado, I present to you, My LEGO Minecraft vision: 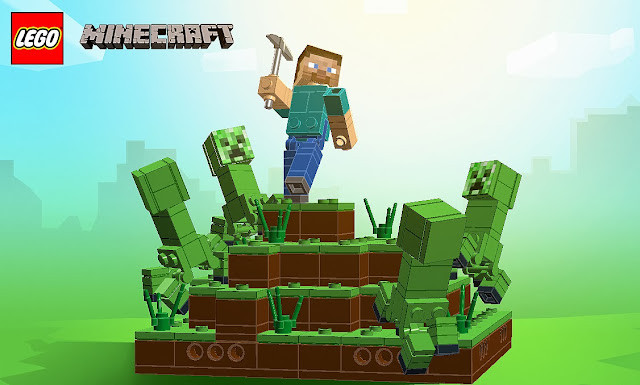 Thinking along the lines of the Micro scale sets, I feel the modular element should be kept, as it would allow you to expand the base and block count and build larger structures, this image features 4 "Basic Sets" combined, therefore the 4 Creepers. 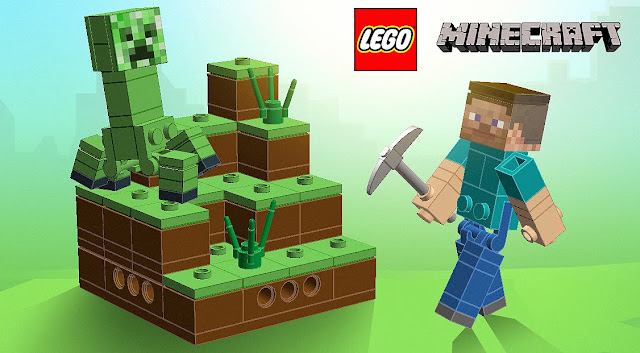 This set idea is the very most basic one, as it is at 134 bricks, and includes the most iconic elements of the game:
- Steve
- Creeper
- Grass/Dirt blocks

I am aware of the fact that the Steve design is so to speak identical to the Steve design made by Nachapon S.
However, I just recently discovered it,  so we've basically had the same idea independently of each other. 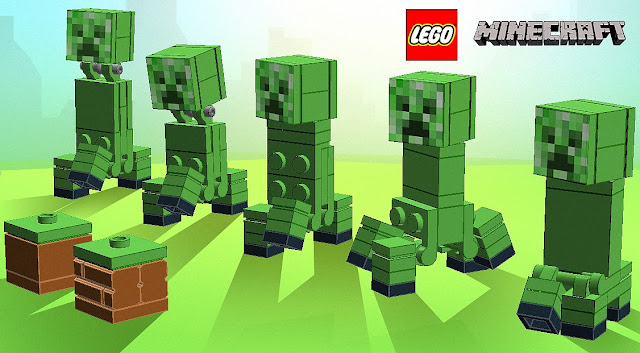 I do personally prefer the second from the right, as it to me holds most of the immediately recognizable features, more so than the others.
The blocks are only there for size comparison. 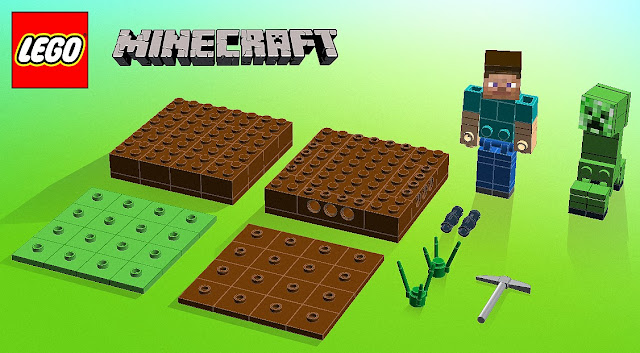 This is basically the structure of the set.
We have the base with holes for the modular connections.
16 tiles in brown for the Dirt Blocks
16 tiles in green for the Grass Blocks
And 16 blocks that can be either type depending on how you build it. 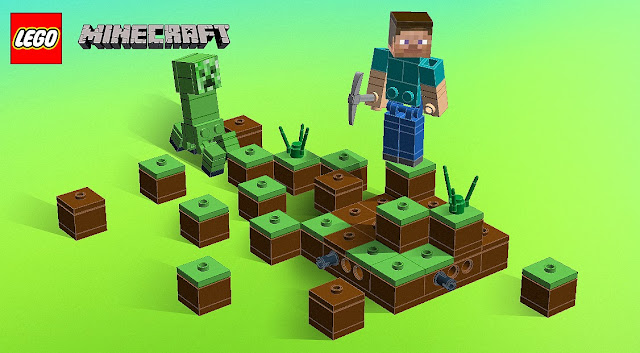 I know it's not the most practical solution, as you would have to replace the top tiles to get the grass tiles to be on top and the dirt tiles underneath each time you place new blocks.
So that need some work.

I just hope I can contribute one way or another.