BIONICLE: Battle For The Golden Mask

Basically, BIONICLE was my childhood, the 2 first years with the Toa/Bohrok/Nuva were the greatest in my opinion!
And now that BIONICLE is coming back, I feel the nostalgia kicking in, and learning about the Battle of the Mask competition held by LEGO across multiple sites, I just had to give it a try!

I haven't had much time, and been somewhat been restricted by parts/color shortage, so the result isn't as completed as i would want it to be.

Having to build a villain is the perfect theme for me, as I love to conceptualize and design such characters!
In this case, the initial idea was to build a character that would resemble the original Toas in their "protoform", devoid of element and color as they were until they put on their mask(referring to some of the first cg clips from 2001 where Tahu builds himself once out of the canister).

So it would in my mind have a very Toa like humanoid body, but with more details and functioning mechanics like pistons and a flexible waist.
The background story I had in mind was to have him as an ancient and powerful being, on of the very first bio-mechanical organisms to exist.
His story however would be a mystery, where did he get his powers from, why does he have a mask/face hybrid revealing teeth instead of a single mask, why are his arms different?

He may in ways be primitive, but still he has some elements that in some ways are much more sophisticated than the modern Toa, making you wonder how and why he came to be. 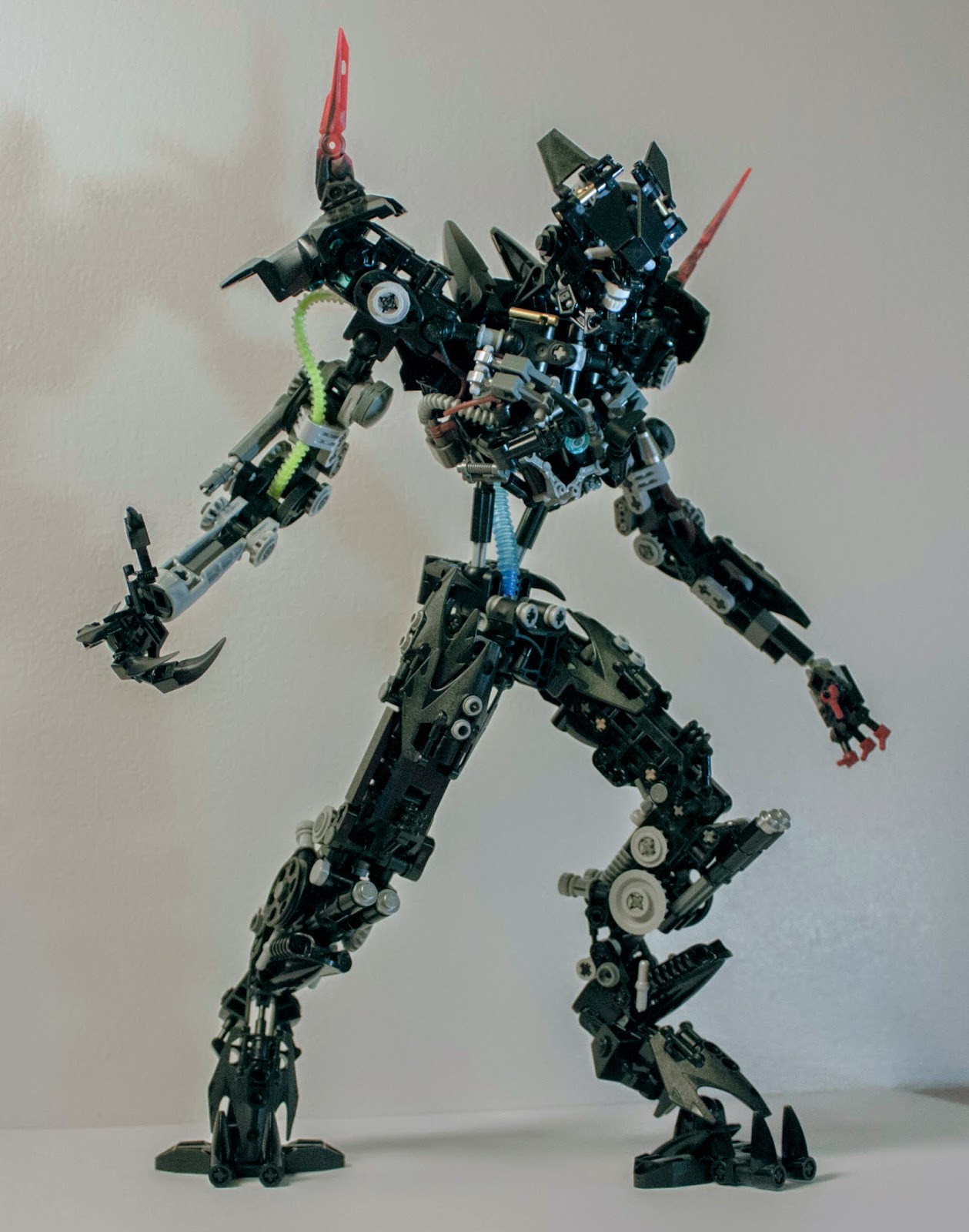 The entry picture, it's the one where you get the best impression of his silhouette, however, the head may be a little hard to make out as I had poor light conditions and not enough time to prepare a proper photo shoot. 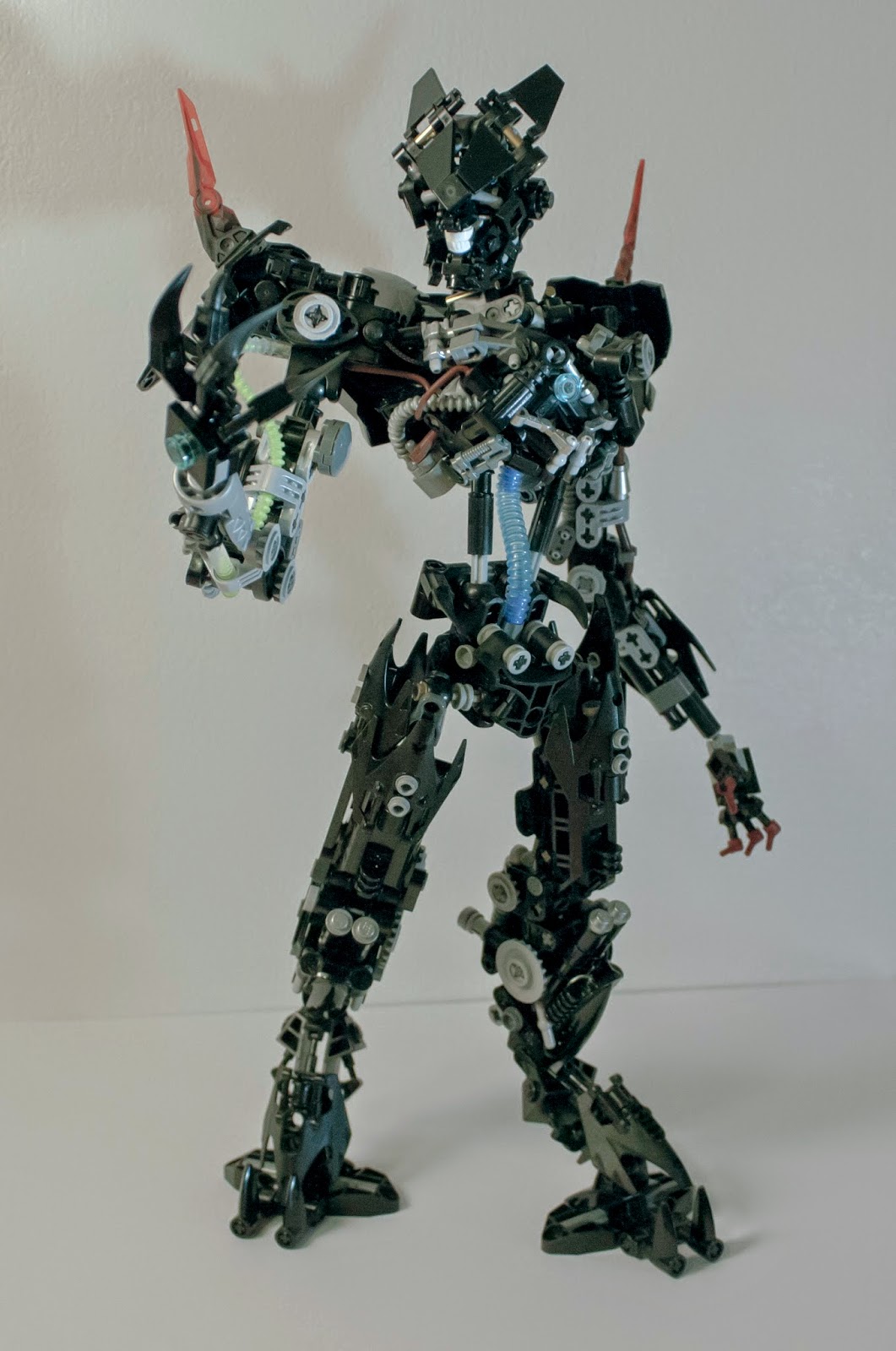 He has some stability issues in his hip, waist and shoulder area, so posing him dynamically was challenging. 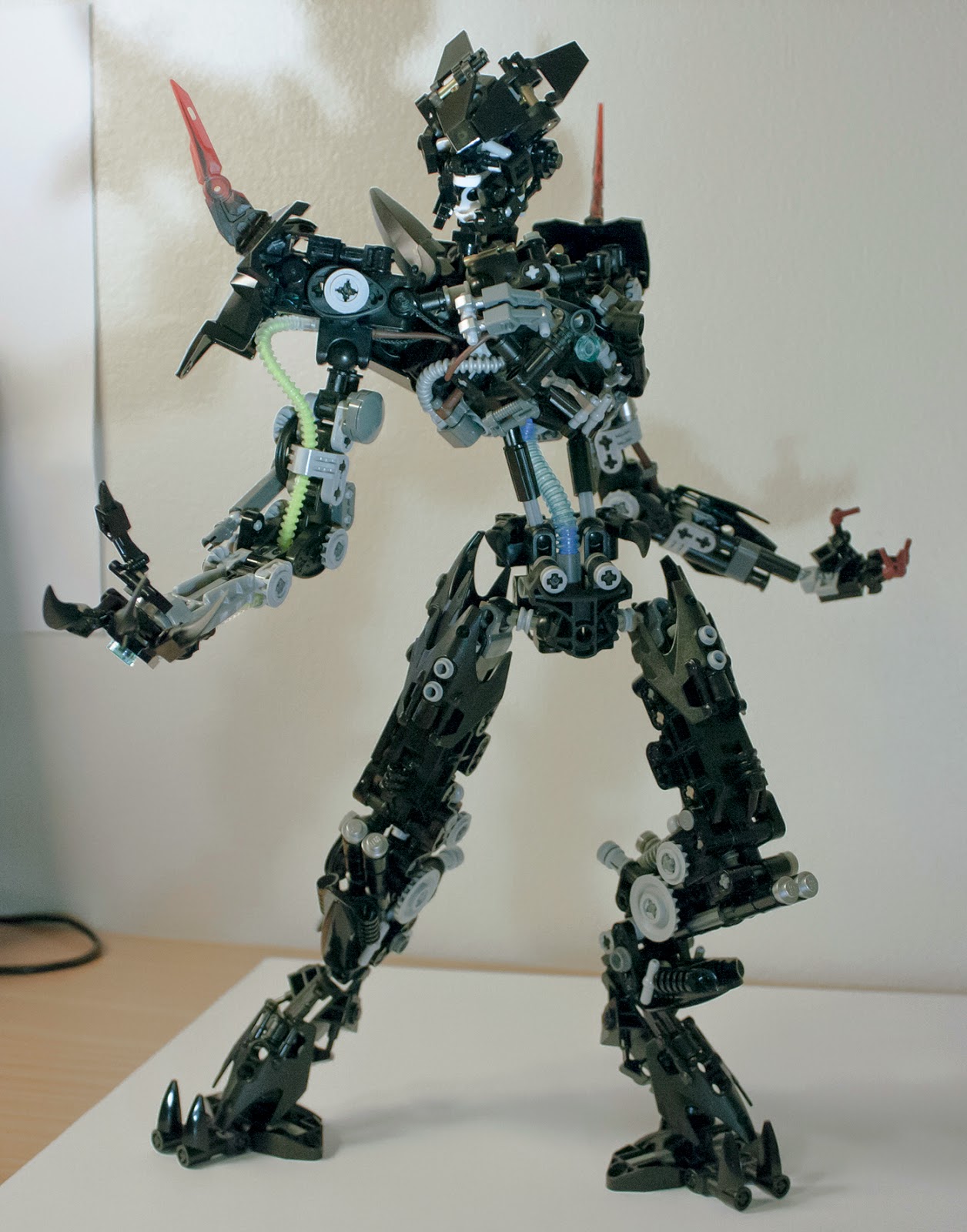 I wanted him to be a decaying character, both his mind and body is falling apart, something I tried to visualize with his fully mechanical arm and use of teeth, making him look more creepy with a twisted smile. 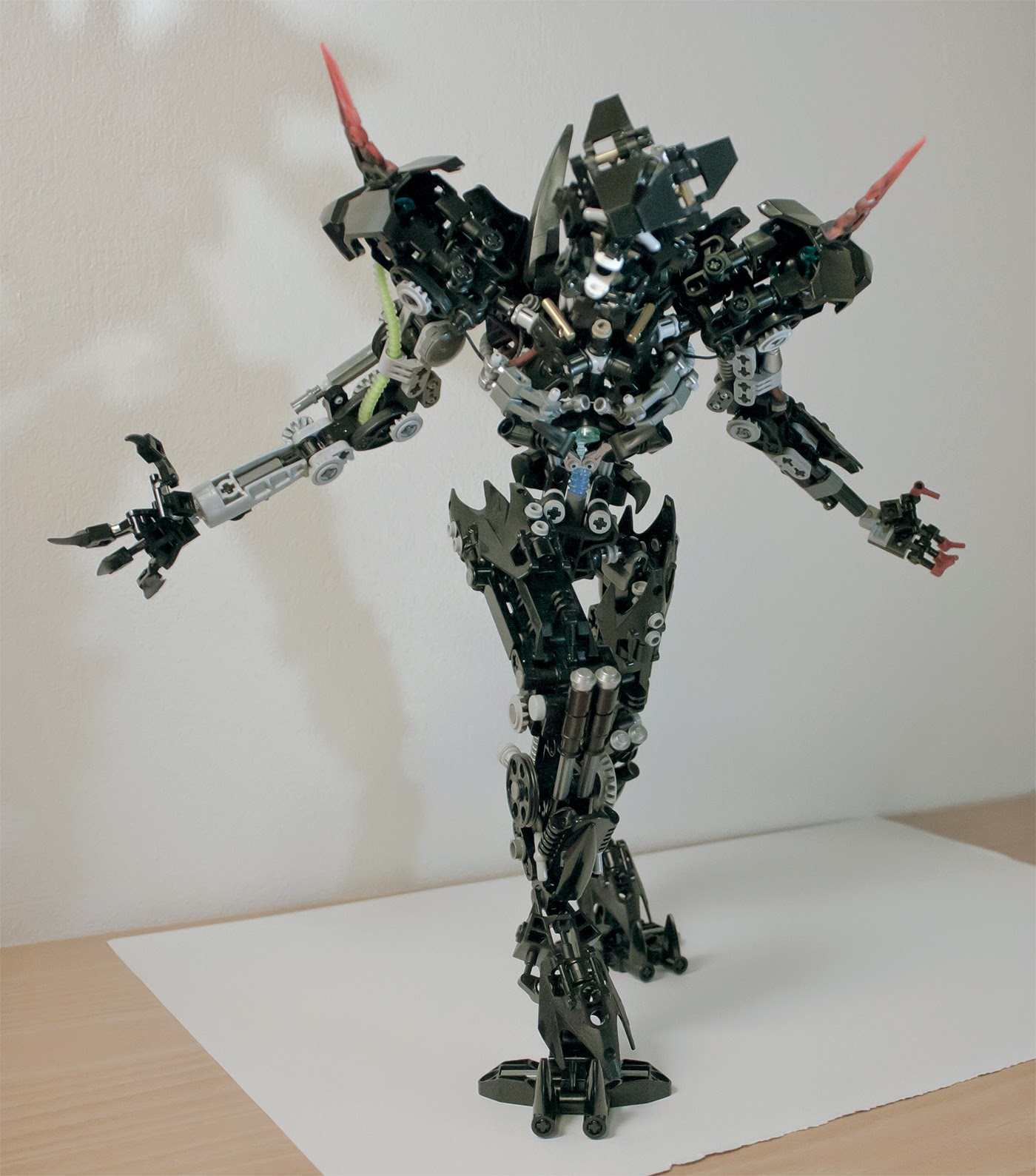 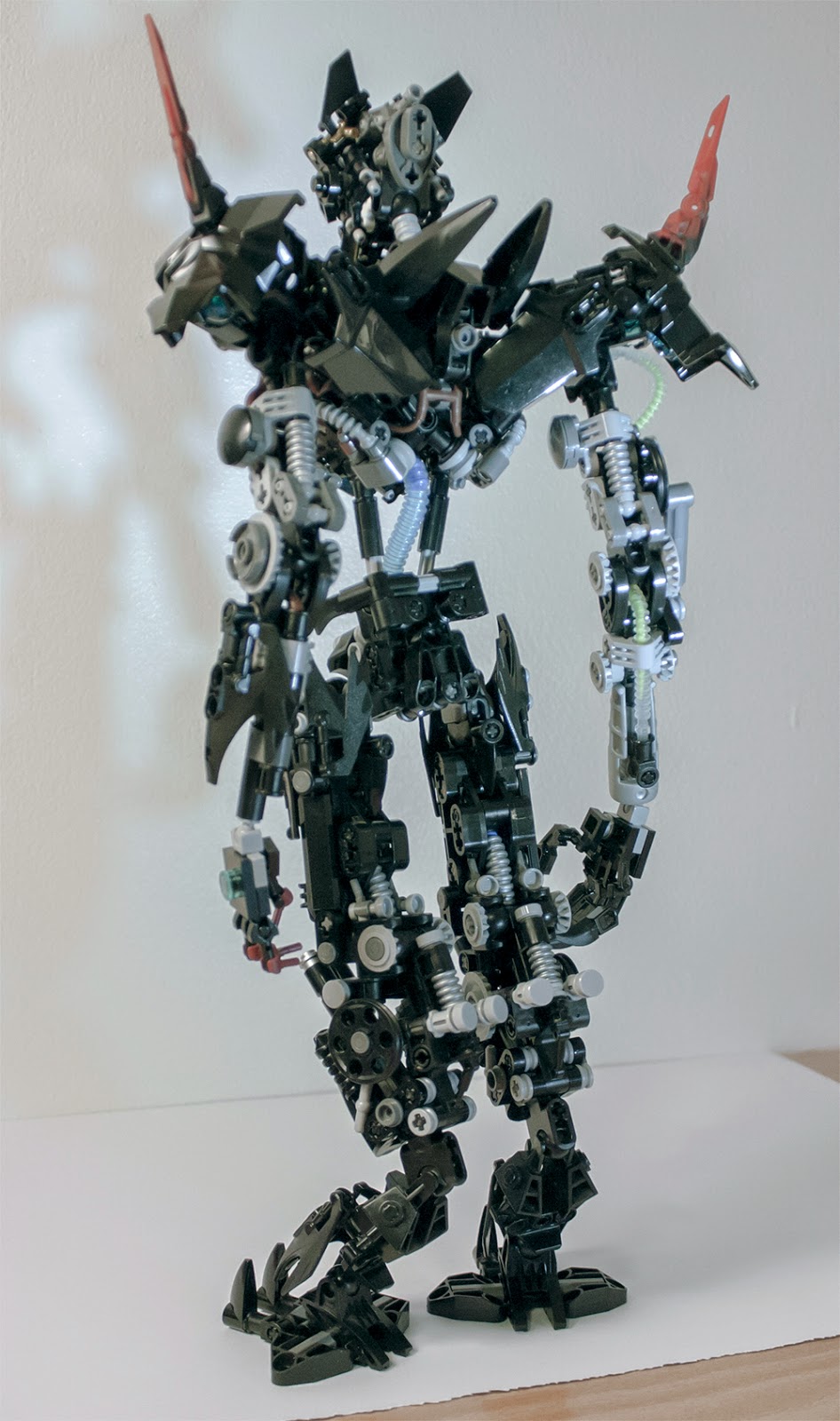 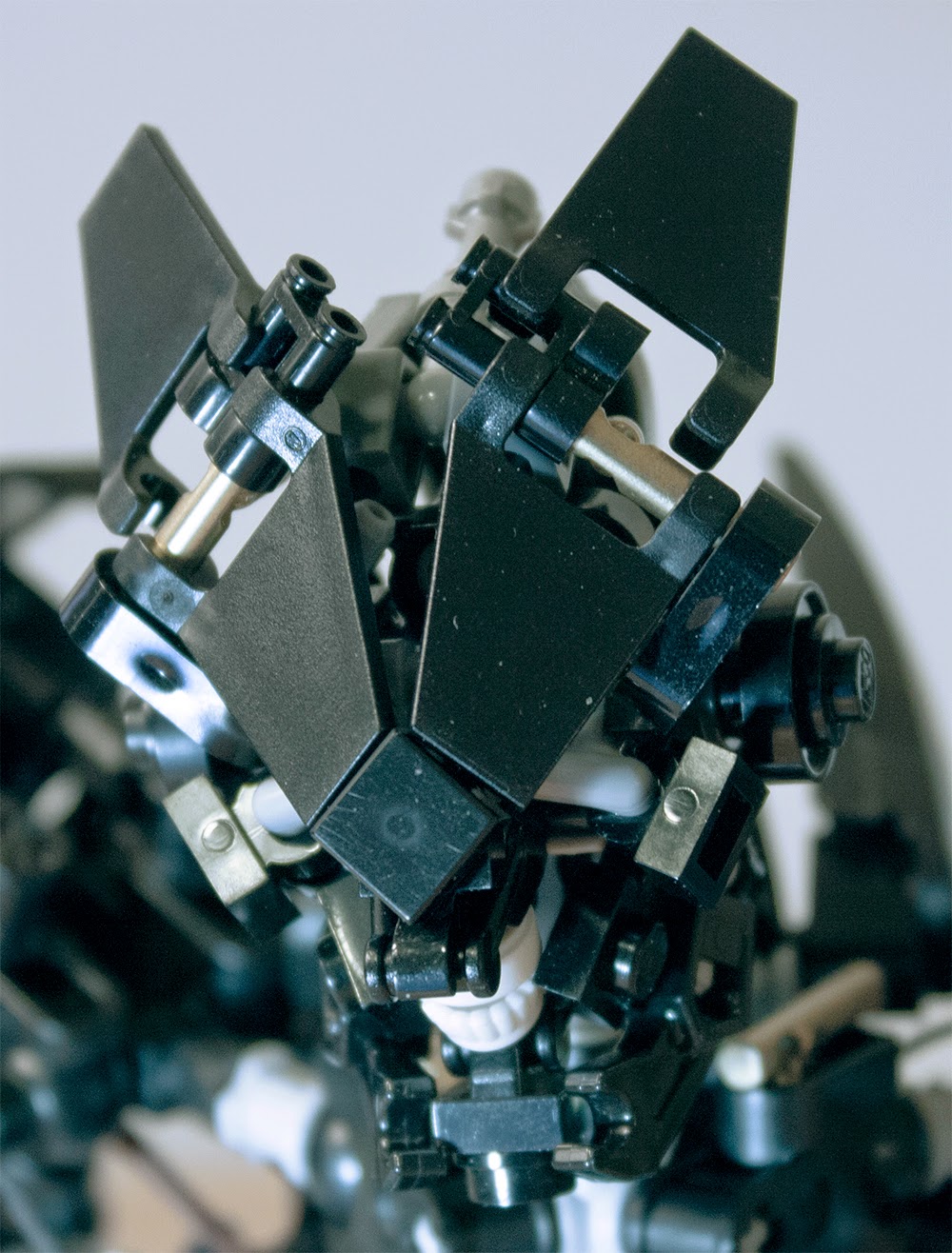 The head was tricky, as it had to include a movable jaw, keep a more or less unique shape, and stay solid, so this is the best I could do with the frame I built.
The eyes ended up a little higher than intended, making it hard to see them unless you have a low angle. 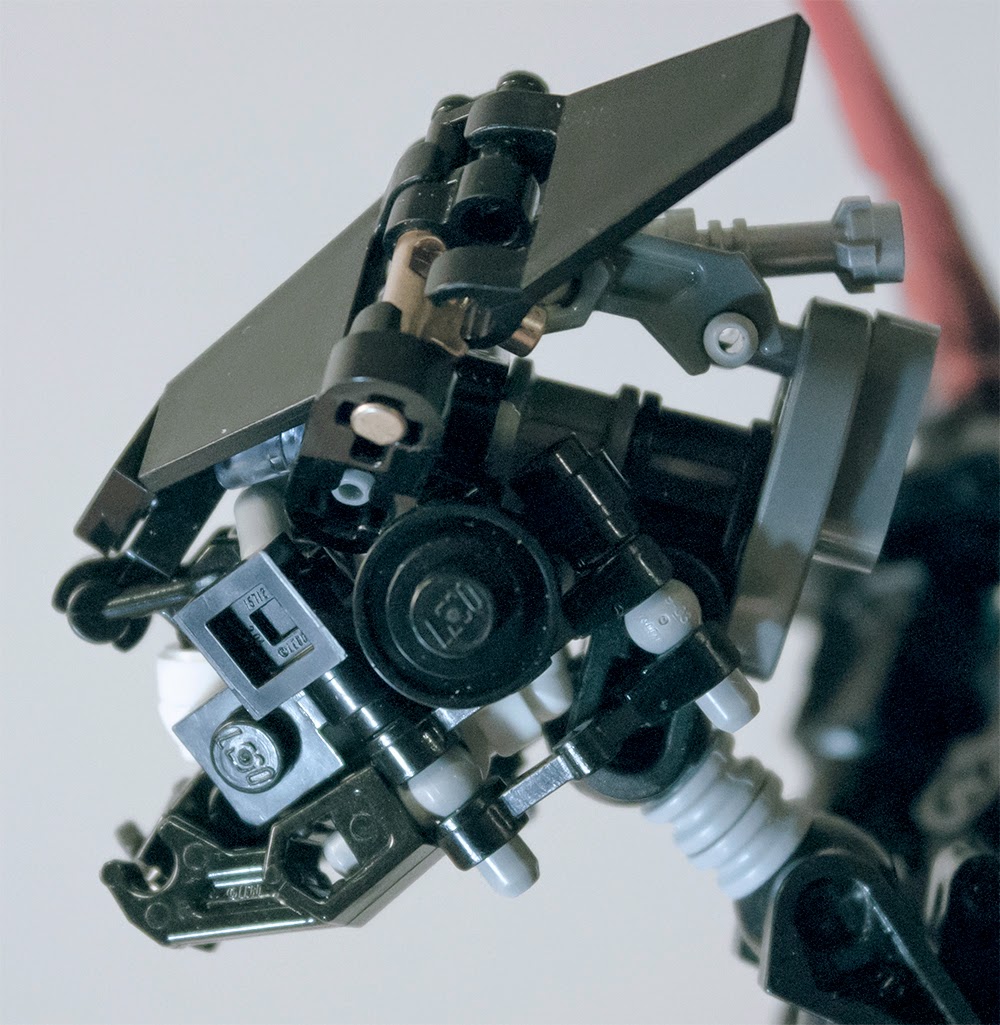 Some rotation to give you a better idea of the build.

I really liked the back to shoulder connection, makes it feel like a more credible mechanic operating the shoulder movement.

Likewise with the legs, I was short on time and had yet to make an appealing solution for the knees or something else to cover the gap at the joint, in the end, turning out to be pistons making them look more mechanical.

That's about it, wish I had more time to justify my vision, but this'll have to do.

Wishing all entrants the best of luck, and now it's just to await the arrival of the Toa next year!

Basically they are highly articulated (hence the "Artifigure" neame) yet relatively sturdy figures shaped around a base body.
They do appear somewhat bulky due to the joints, so armored characters will work out better.

So building a Boba Artifig, I realize how many parts in correct colors I lack (many not even being produced in the required colors) so I decided to round up old parts I don't use, such as the light gray, replaced by the light bluish gray in 2004, and then chose to paint it more or less realistically.

Mind that I only have these production shots, I managed to cover the model in too much sealant resulting in a far too thick layer, obscuring the color and texture.
So these are probably the best shots there will be of this one.

That said, here you are: 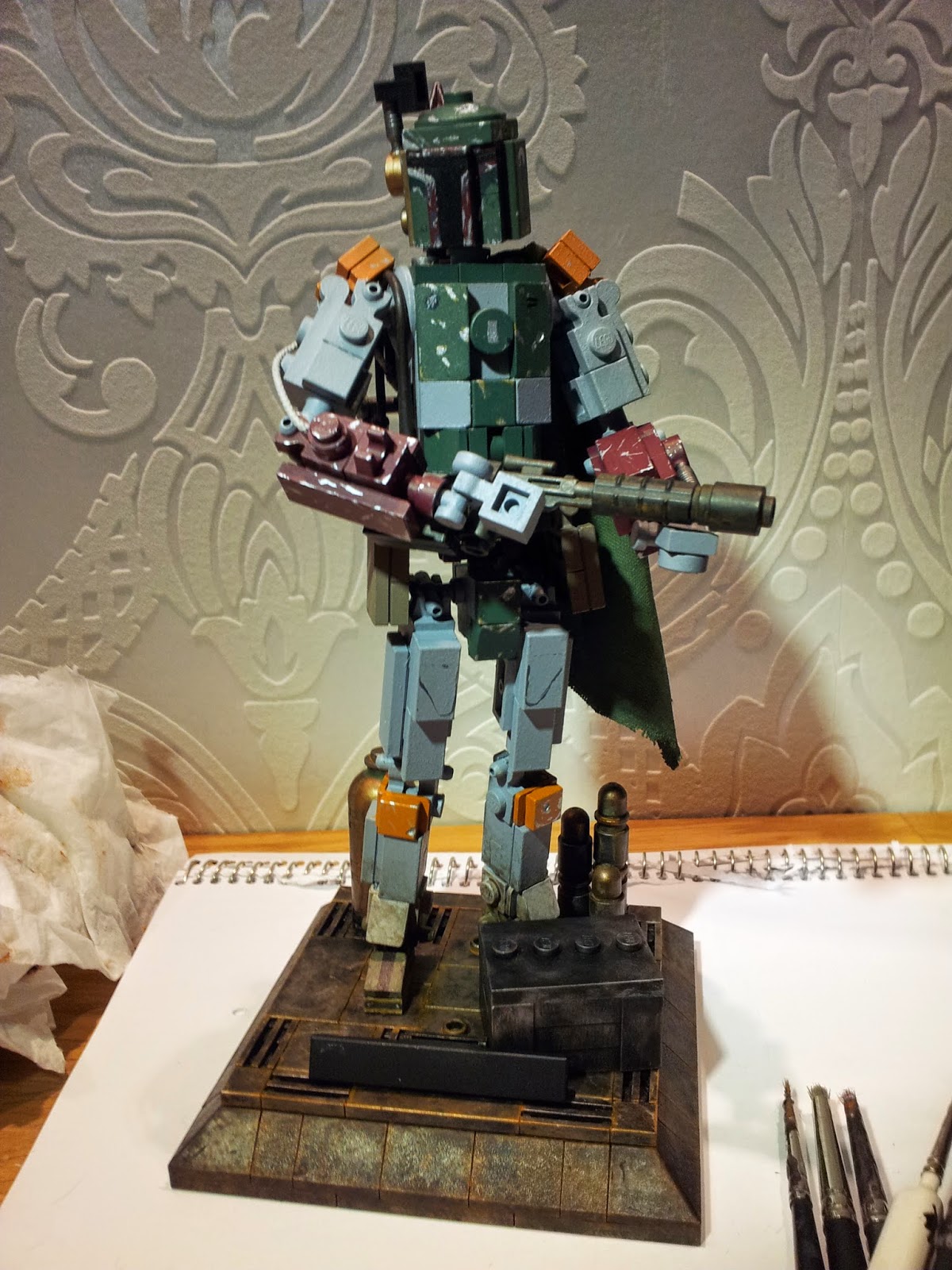 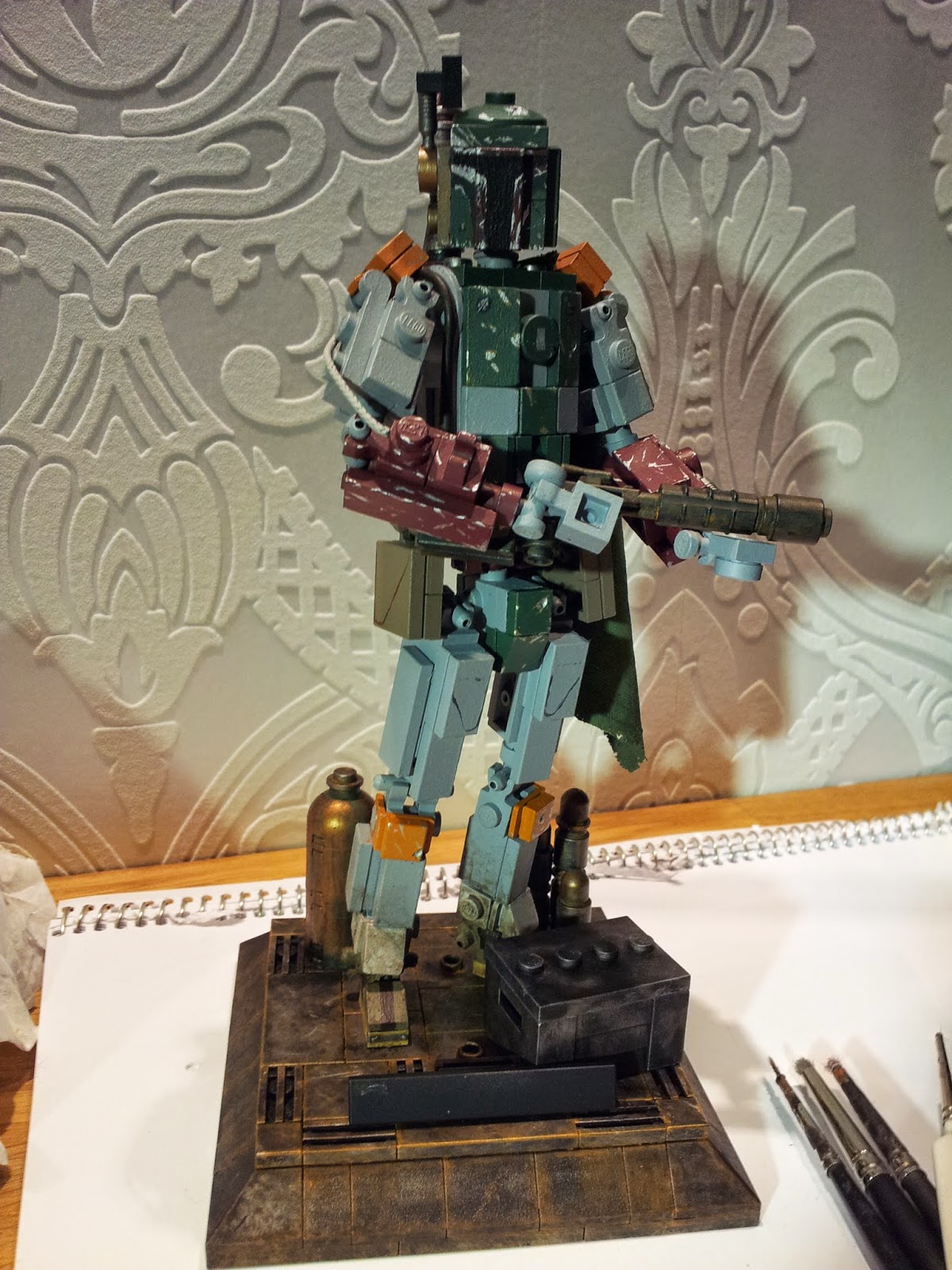 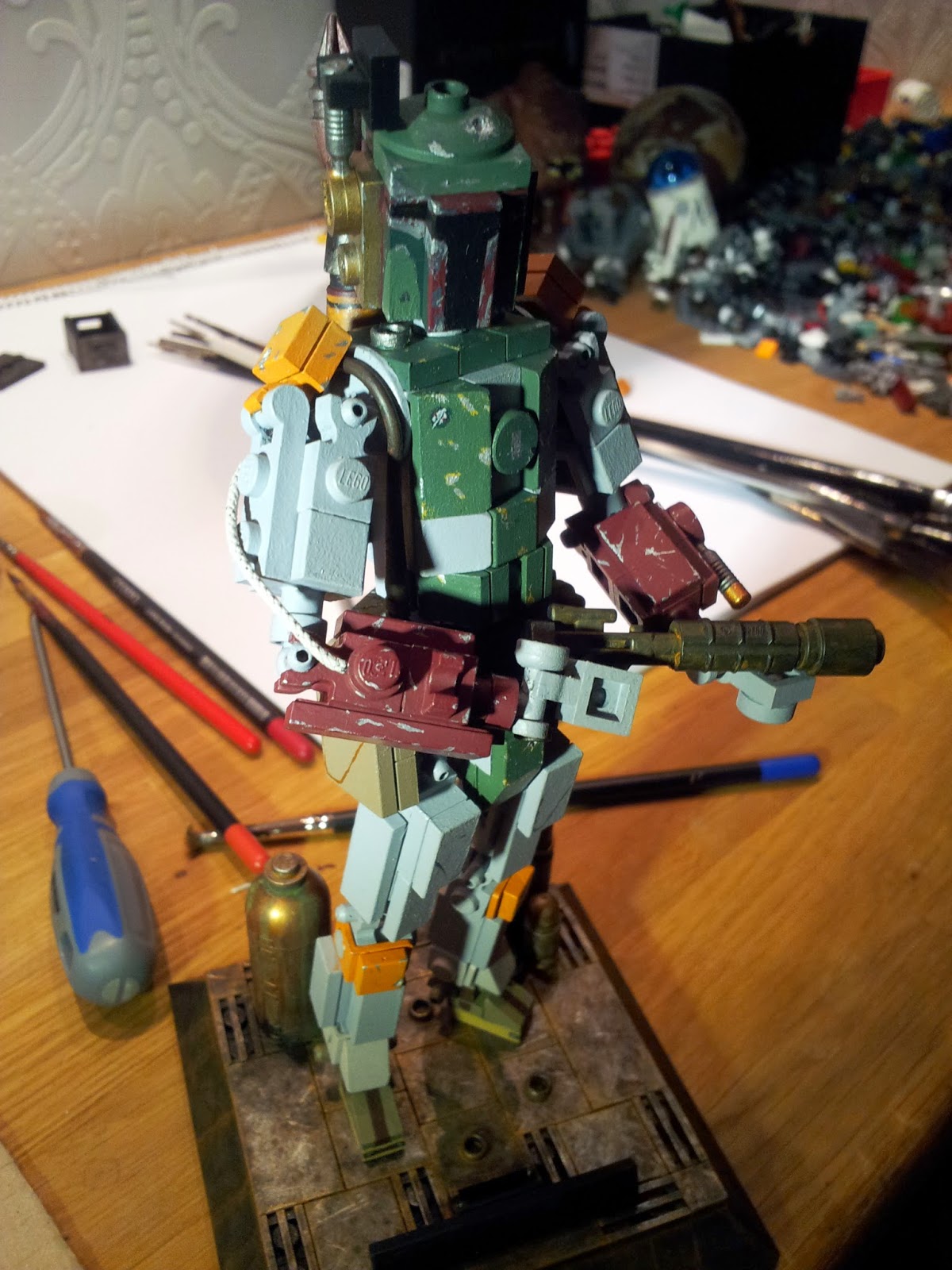 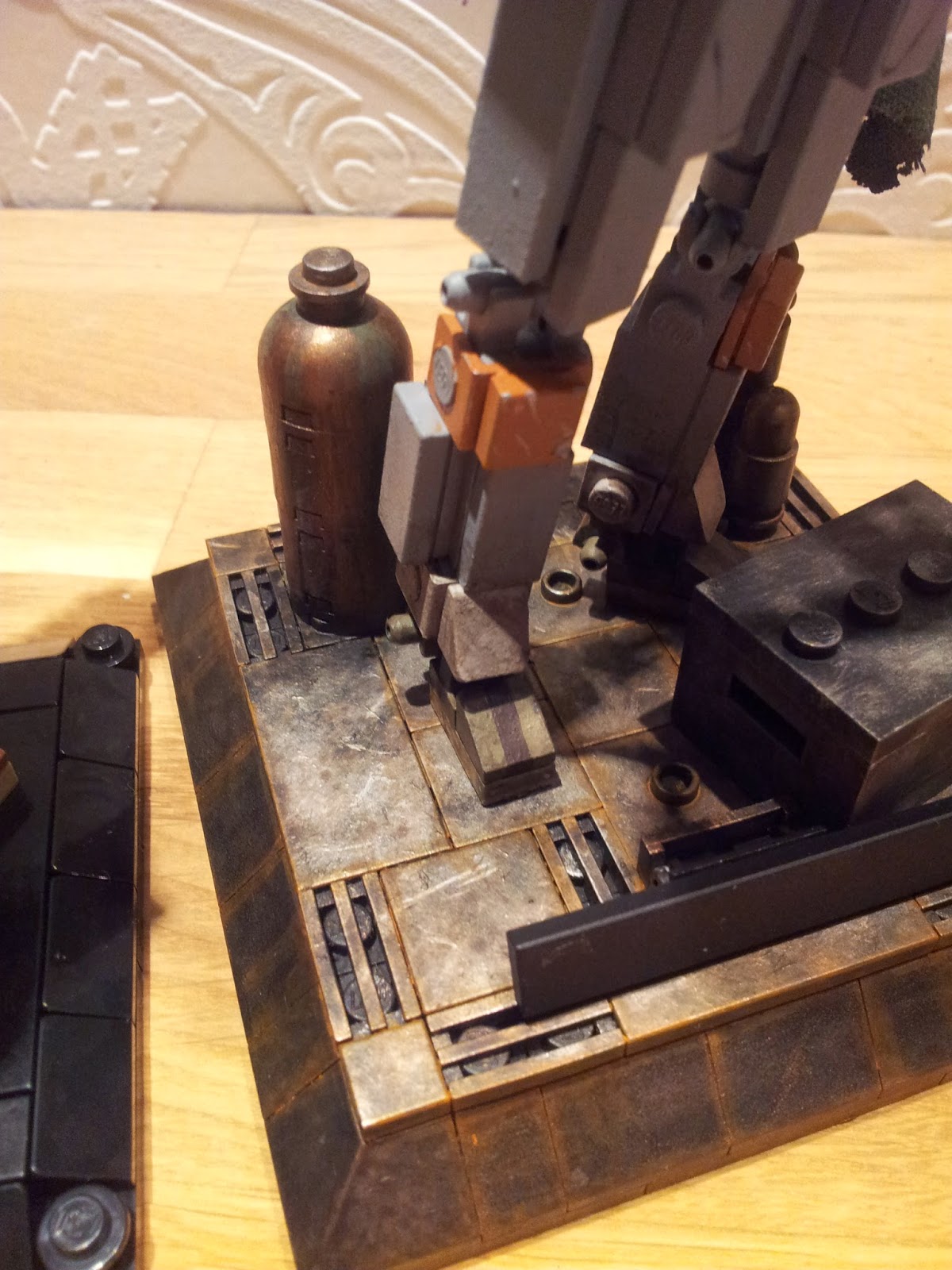 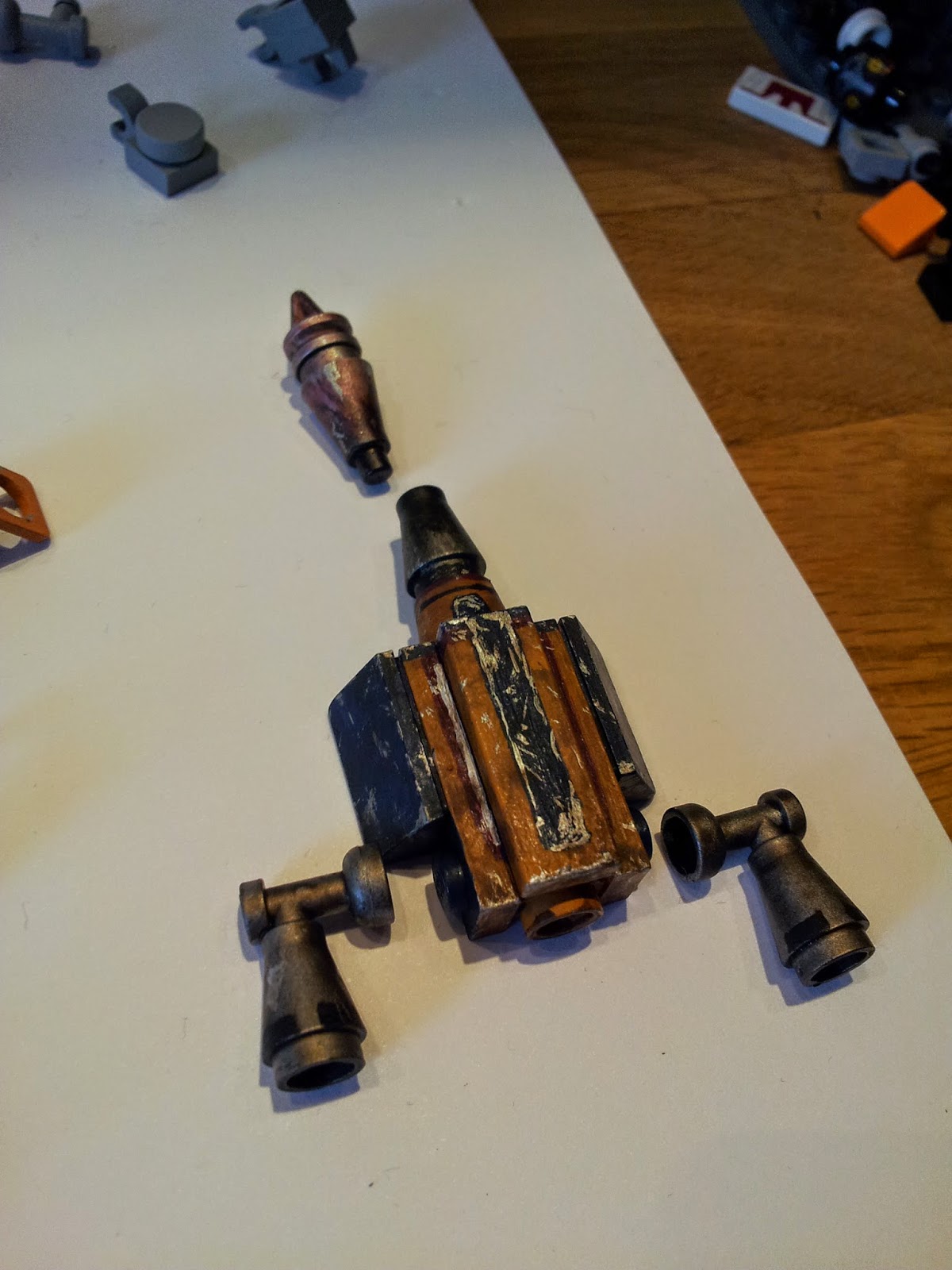 Here he is posed after the added sealant, which as you can see leaves a thin white layer to it all 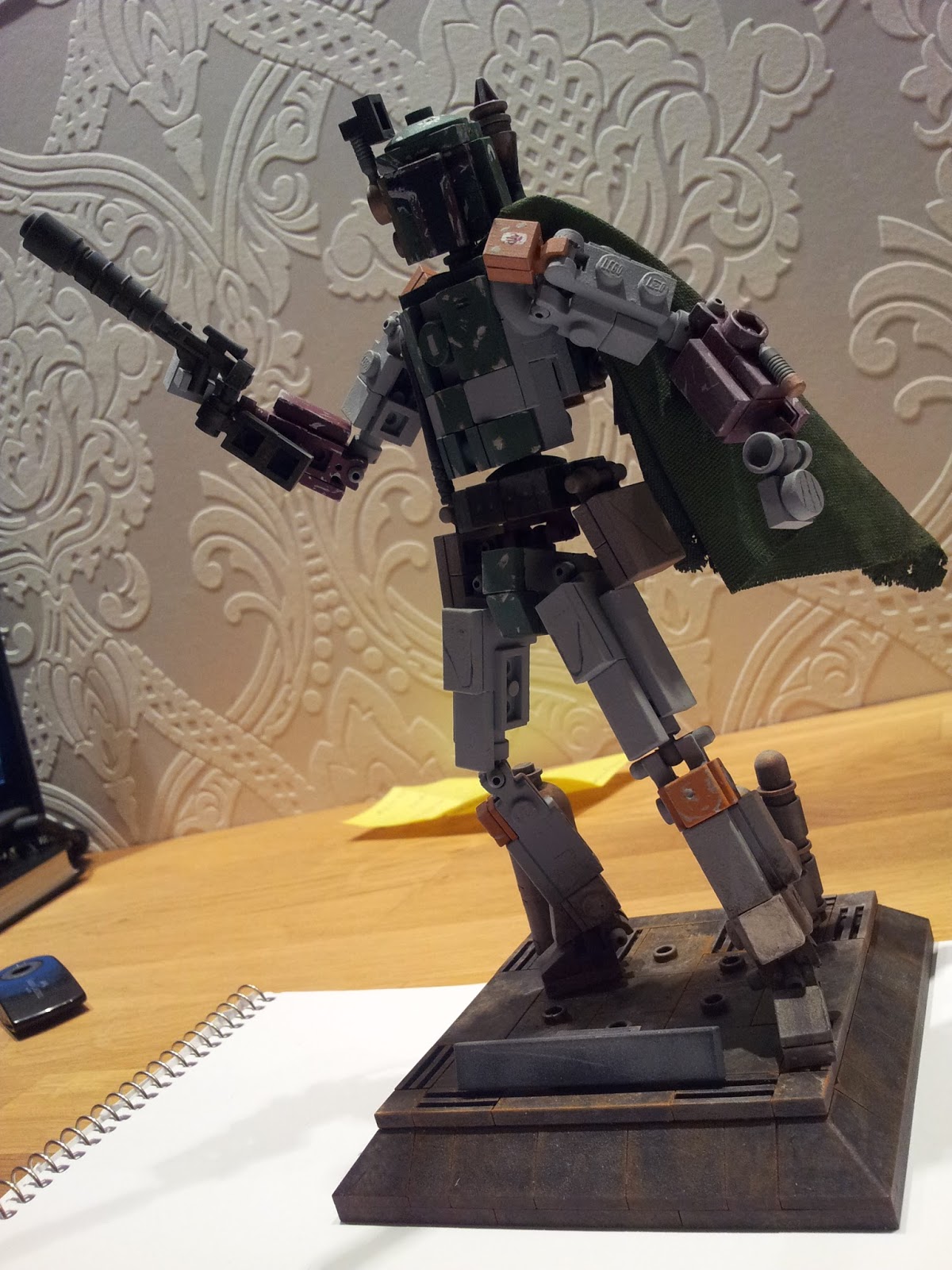 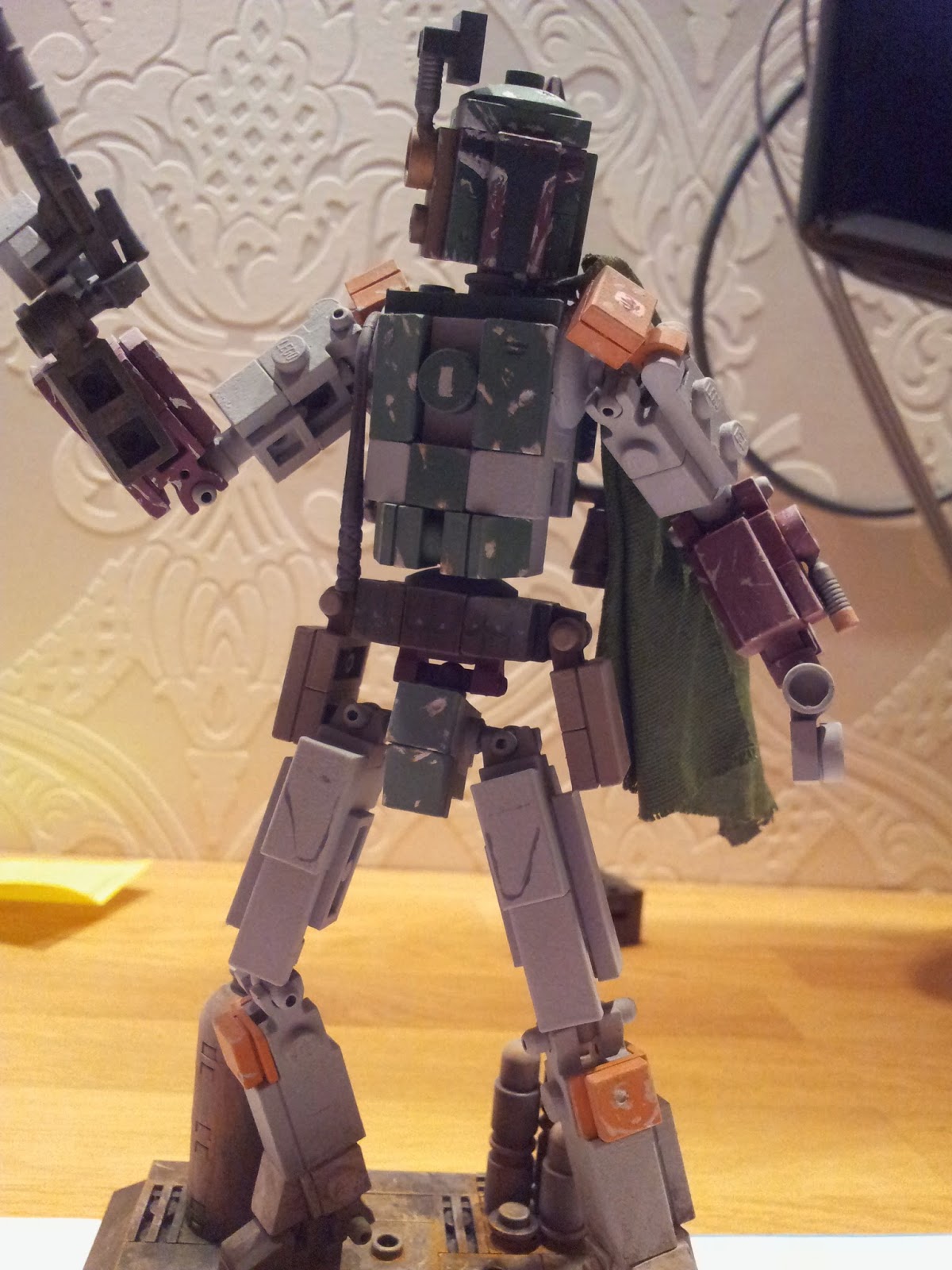 I have plenty of other characters constructed and under construction, based on other themes and characters, and some original designs.

I will probably put up one or more LEGO CUUSOO projects for Artifigs, given there is a genuine interest for it.

And for those interested in building instructions, I will come back with some soon enough! 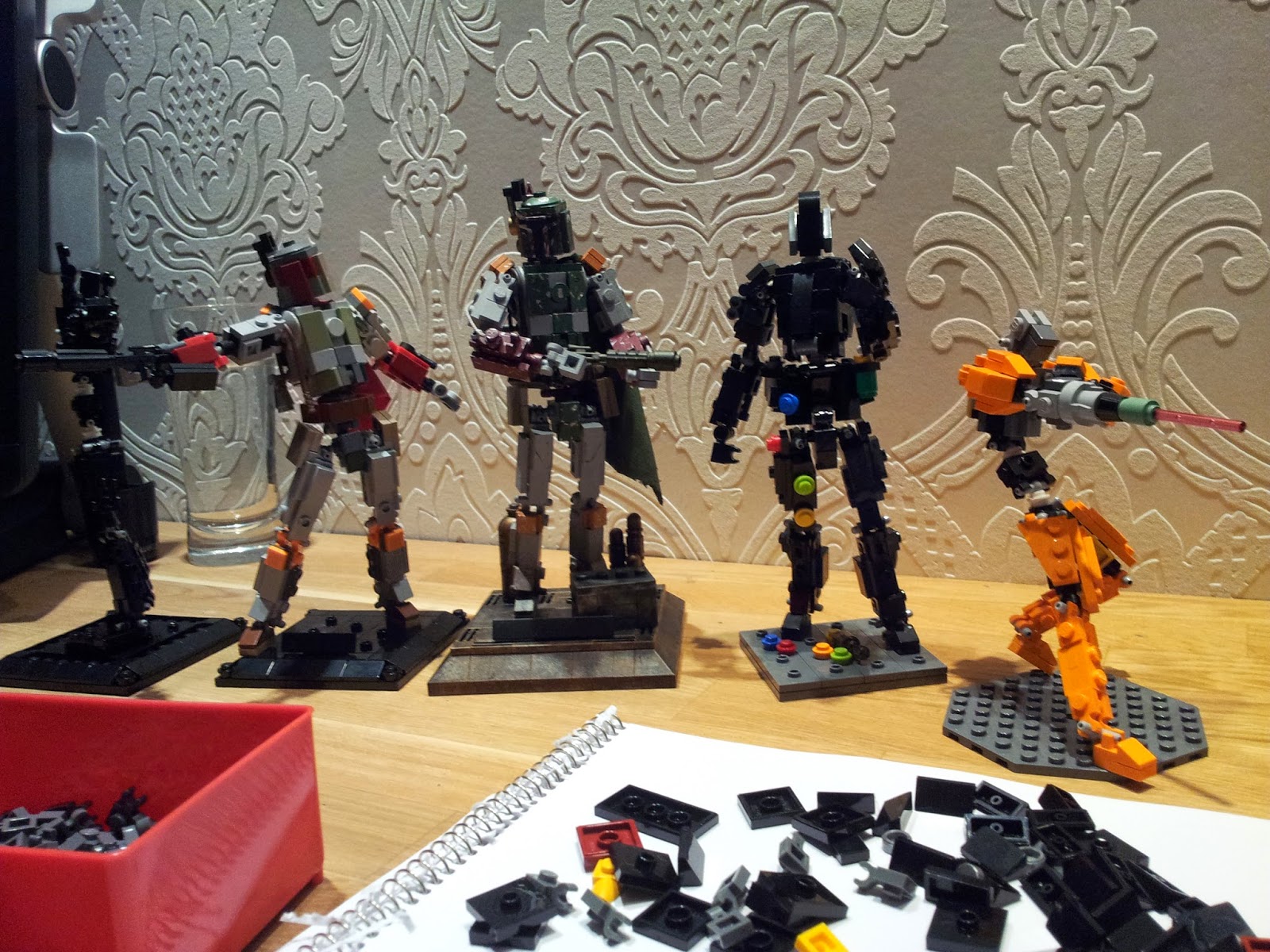 Additionally I have one of my most recent designs, simply a robotic drone character with great articulation, able to strike plenty of highly dynamic poses with elegance. 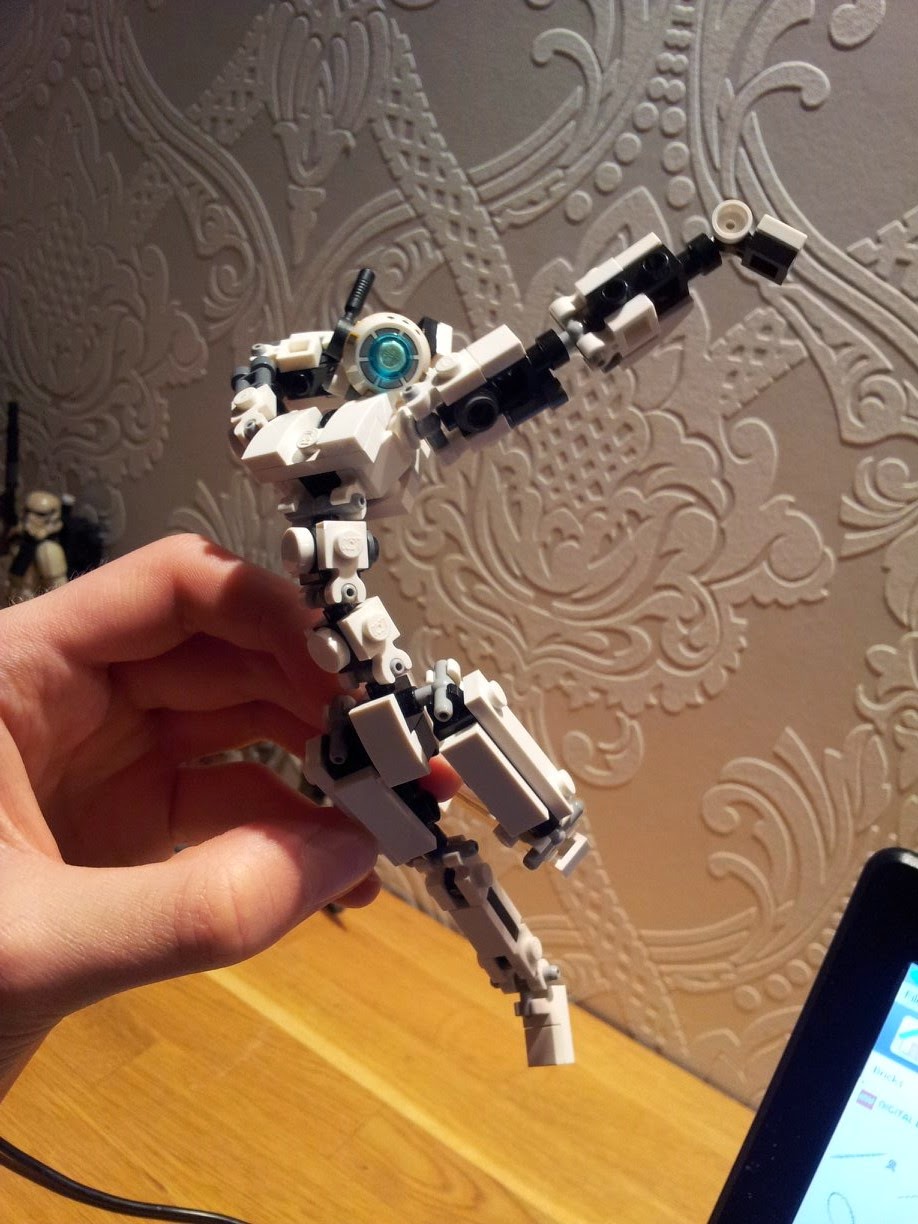 I hope you found this interesting, I myself am utterly amazed with articulated figures, which is the reason I even ended up creating these LEGO Artifigures.

It's a thing I would love to see being produced by LEGO themself, coming in neat palm sized boxes with appealing cover art.
These would naturally be aimed towards more mature builders, as they aren't constructed to withstand play in the same way Bionicle or Hero Factory figures have been.

The idea of Artifigures is oriented towards a new range of dynamic LEGO models, perfect for displaying your favorite characters in whatever pose you desire.

If you got any questions, don't hesitate to ask!