Now, so close to the 10,000 supporter mark, I have been spending a countless amount of hours the past weeks trying to figure out how to make an ideal set design for the - Legend of Zelda Project -.

And believe me, it has been a tricky, repetitive and tedious process.
That due to the restrictions in piece count and set size LEGO CUUSOO operate a t(based on the CUUSOO sets so far at least).

So, the designs!
First off is the larger more detailed version of a more or less ideal set design, more detailed than what a LEGO set would be. 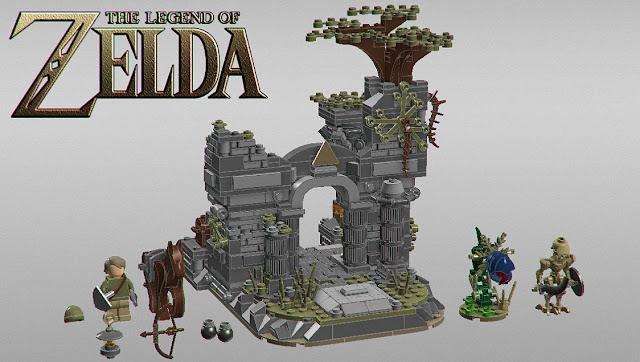 I tried to include an ornamental pedestal for the Master Sword, as there currently doesn't exist any visually and practically solid solution to have a sword tip attached to a brick. 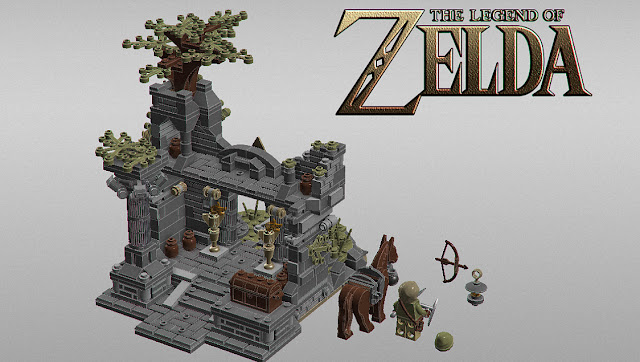 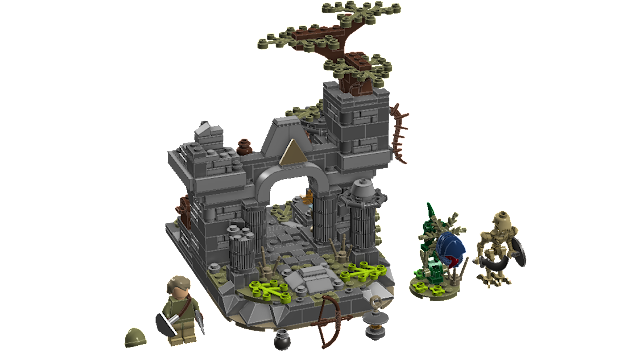 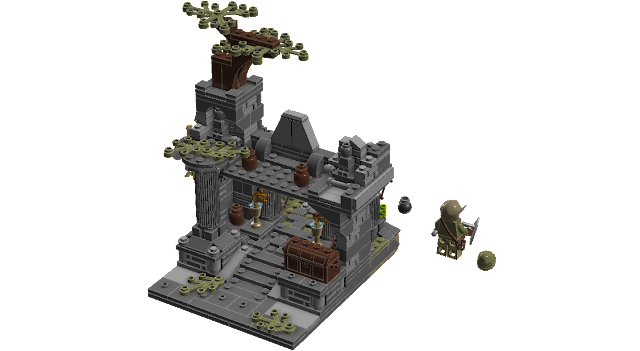 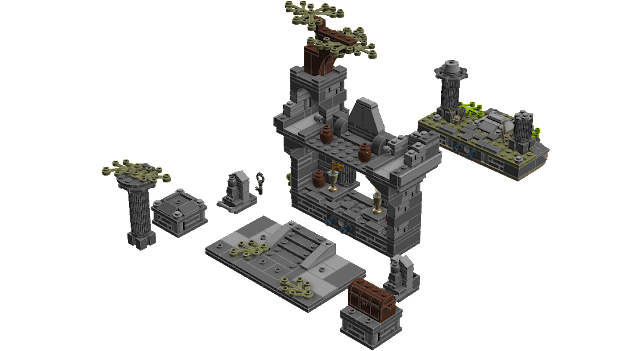 Here you have a breakdown of the modular structure I based the set design upon. 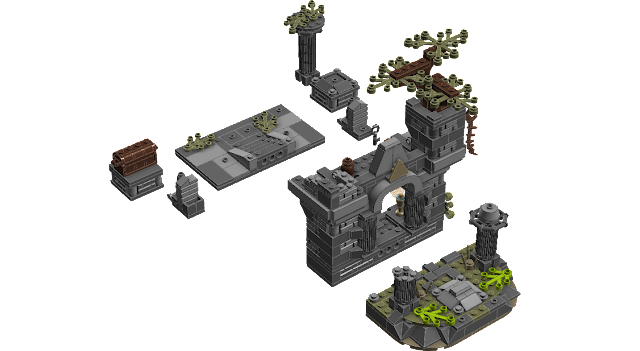 The left pillar is connected by a single stud so it can easily be "smashed" off it's base as a little action feature.
The small decorative statues are meant to be elements that Link can pull out to find hidden items, such as a Small Key, as seen on the left one, or other items such as Rupees, Fairies or Hearts.

Continuing, by the modular structure you can rearrange the sections to alter the construction slightly. 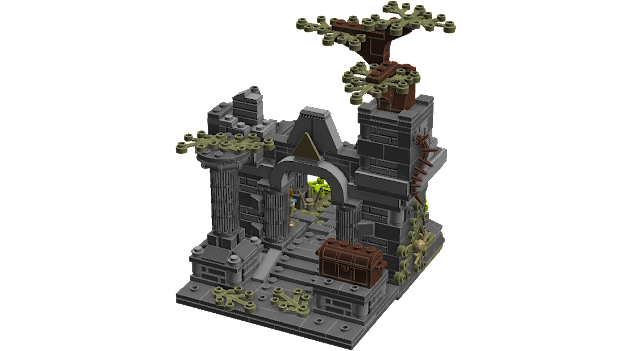 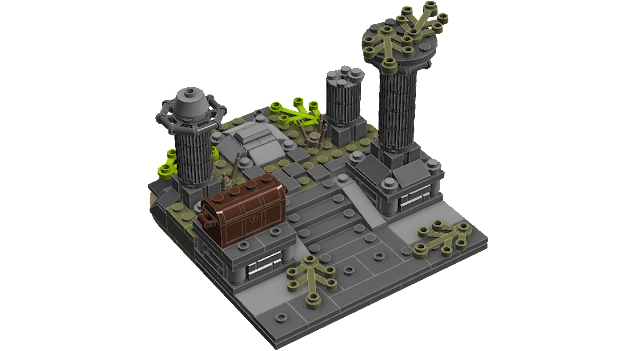 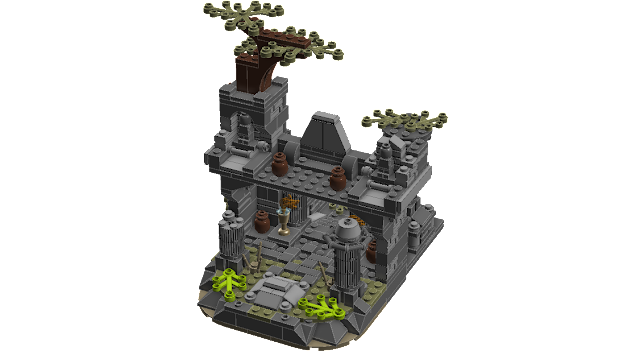 And in addition I posed Link and the 2 enemies, trying to get a little Zelda feeling to it. 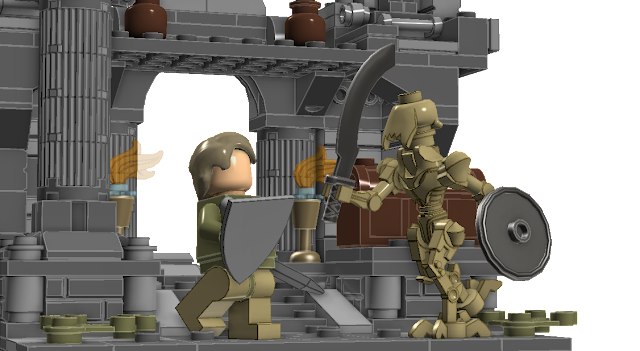 Link fighting a Stalfos in the Dungeon area. 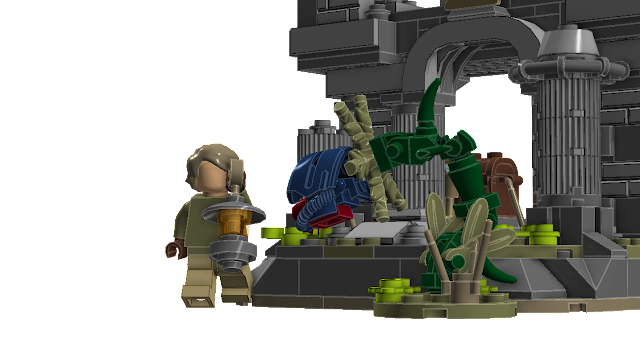 That's all for now, but I will have more to show eventually.